Marie (Sonia Suhl) is a reserved, diffident sixteen-year-old growing up in a beautifully drab provincial fishing village in a remote locality of Denmark. Our introduction is amid a seemingly routine check-up for a gradually developing rash on her chest, a rash that we soon find out is not as unpredicted as initially implied. Marie spends her days at a new job in a fish processing plant while getting severely hazed and harassed by her predominantly male colleagues, at the same time dealing with a delicate – and secretive – home life. Something isn’t quite right with Marie, and it has all to do with her genetics.

When Animals Dream competently proposes this scenario but sticks much too comfortably to its genre trappings and glaring homages that once you start overlooking the beauty of the chilly Danish scenery, the numerous cracks allow its mediocrity to bleed through. The biggest fissure comes in the form of Jonas Alexander Arnby’s script – allegedly based on an original idea – that suffers under the weight of consistently forlorn chit-chat and stiff, funereal exposition, but also the relation to much better films of the horror sub-genre that it desperately tries to claw itself out of. To find this supposed originality within the script, one has to persistently dissect and scrutinise each scene: a tedious task when mostly everything of worth is delivered at face value. It’s essentially a relocation of Ginger Snaps to Denmark and a swap of Let The Right One In’s childhood vampires for adolescent werewolves, so all that’s really changed is its aesthetics and a folkloric monster, and to much lesser success than these apparent heirs. 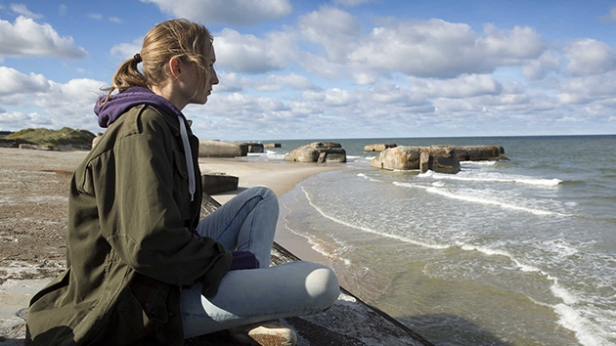 Though Suhl does a fine job as the laconic Marie, the script doesn’t allow for intelligence: the screenplay very slowly reveals what she’s experiencing and observing in real time, yet as an audience we have – within the first 10 minutes (or rather, the first minute if you’ve seen the poster and/or trailer) – understood exactly what she is becoming. This lack of suspense makes the supposedly startling revelation a total slog: Marie’s bodily changes are immediately apparent to us, so the journey to get there needed to be stronger, and with more characters to care about. Instead, we have a group of expendable arseholes whose idea of ‘hazing’ is mimicking rape threats and pushing her into a giant vat of fish guts; an age-appropriate boy(friend) whose stock-affection for her is as rote as his backstory; and a disabled mother (Sonja Richter) and doting father (Lars Mikkleson) whose mystery of their lifestyle is as clear as the Danish waters that skirt their hometown. The latter here is the strongest character by far: adding a shred of pathos to such a dour film as he comes to terms with his daughter’s burgeoning animalism and his wife’s forced-vegetative state. With Marie’s journey being our focus, it’s a problem when she’s not the most interesting character.

When Animals Dream is much too one-sided: there are both literal (Marie) and non-literal monsters (her intimidating colleagues), and it’s never once proposed that one side of this is as much to blame for misery as the other . Certainly, the bullies that she works with are abominable wretches, but a werewolf is used here as a cleanser for that fact. None of the separate character’s actions are better than another (it can be argued that Marie is worse as she essentially becomes a serial killer), yet we’re forced into the corner that Marie is a saintly figure, which I completely struggled to buy into. 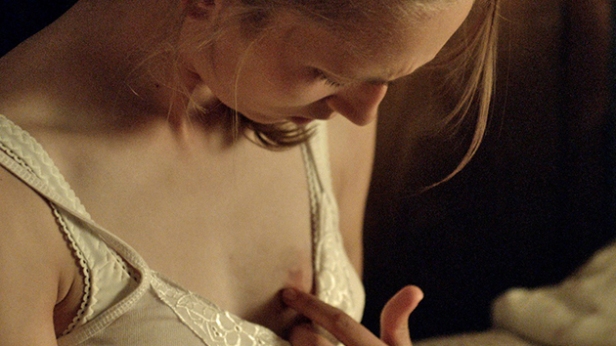 The issue is: When Animals Dream is far too conventional. Arnby’s vision of a feminist coming-of-age horror is undeniably strong, and his ideas should be admired (specifically his approach to muted social-realism), but it’s so small, inconsequential, and frequently misjudged that I was left wondering what the subtext was, if at all there was one. We’re overdue a great entrant to the werewolf movie sub-genre, but unfortunately this attempt wasn’t it.