Even the most cynical of hearts would have been thawed on Day Seven of the LFF: where personal relationships – both reciprocal and unrequited – were at the forefront.

We’re now over half-way through the 60th anniversary of BFI’s London Film Festival, and while Day Seven was the calmest in terms of quantity, it still managed to charm with Damien Chazelle’s latest ode to the arts, and Kelly Reichardt’s quietly contemplative study of women in the Pacific Northwest. 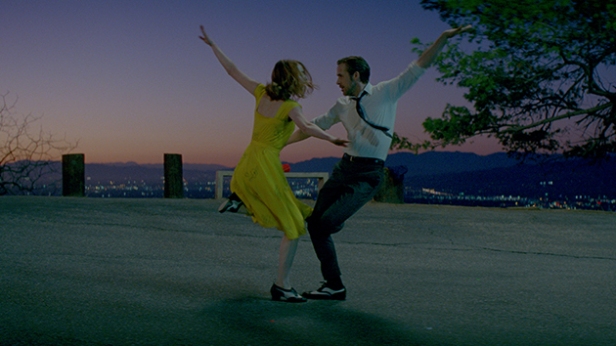 Damien Chazelle’s follow-up to 2014’s critically and commercially lauded Whiplash takes on a similarly technical appreciation for the arts, this time, those that are both improvisational, and performative. La La Land (A-) opens on a gridlocked bridge: a soft hum of honking horns, blustering A/C, and blaring radios swell into a dynamic musical number, and by the time the art-deco titles flash onscreen, the audience’s hearts have been warmed and smiles have been set to grins. It’s an impeccably energetic opening scene and this delightfully optimistic attitude elevates the film into a joyous orbit. Within minutes, Emma Stone reminds me why I’ve been seduced by her talents since Superbad: an audition scene in which she cries on cue is supremely powerful, and she continues to charm and break hearts throughout these brisk 2 hours. Equivalently, Ryan Gosling once again shows that he’s of a classic breed of actors: playful, sincere, effusive and goofy, he’s proportionately cast as Stone’s match. Their connection is one of the best realised in recent memory, a relationship that’s handled with the utmost care: as two people in love, Mia (Stone) and Sebastian (Gosling) know they can make one another happy, but it’s their understanding of their future and their dreams that give the film its euphoric passion. It hits the typical Hollywood beats for sure, but unlike films like 500 Days of Summer, La La Land actually falls in love with its characters as much as its characters fall in love with each other. It’s a life-affirming, electrifying ode to the dreamers and star-crossed lovers of the L.A. boulevards, and with the most vibrantly colourful pallet of costumes and sets, it’s also one of the most beautiful. Chazelle and cinematographer Linus Sandgren use swooping long takes, fade-out spotlights, and iris ins/outs which not only emit love from every frame, but also show an acute reverence for those classics which it pays homage to.

Filled with understated, quiet performances by a triptych of luminous actresses Laura Dern, Michelle Williams and Lily Gladstone, Kelly Reichardt’s Certain Women (B+) shows the prized director’s compassion and respect when concerning classic American cinema. Three interrelated stories drift into one another with deliberate purpose, but not once with a showy or ostentatious display of interconnectivity: each one is beautifully told and paced with appropriate momentum, reaching their conclusion without demonstrative conflicts or hostility. Split into three character acts, Certain Women concerns Derns’ lawyer attempting to diffuse a hostage situation (in the film’s only ostensible ‘action’ sequence); Williams’ spouse whose marital fissures show during a trading of sandstone; and Stewart’s headstrong teacher/lawyer who meets companionship in Gladstone’s ranch hand. Though the third story didn’t sit as well with me (Stewart’s mechanical reactions to external affection always leave me wanting), the way in which they all quietly progress is far more appealing than their resolve. Reichardt has – after the unforgettable Meek’s Cutoff  – delicate, gentle paean to Cascadia and the women who inhabit it, showing a vital tableau of human life that won’t go underappreciated by those who prefer their cinema rich in character and elegance.

Only two films on the seventh day of the festival, but a no less brilliant one, full of great, career-defining performances and impressions of sensitivity and tranquility, both are set to be released in the new year, and both come highly recommended.