Day Two of the LFF was all about connections: with estranged loved ones, new parental figures, and grief-stricken carers.

After the high-bar setting of Day One, it was a surprise to have such a level of quality continue through the three films I caught during the second day. Seven films in total so far, and if the worst of the bunch is still a fantastically enriching character study, this is going to be one hell of a great festival. 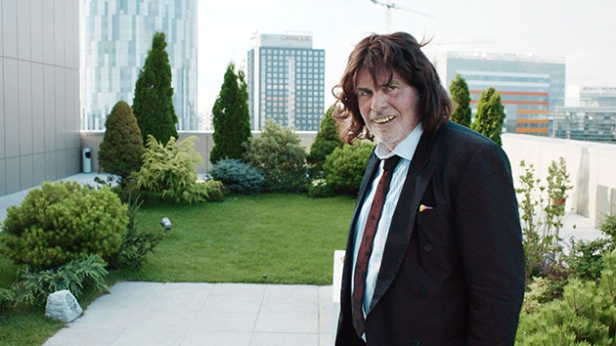 Remember ‘The Purple Joke’?  It’s a simple, long-winded anecdote about a purple King/Queen of a purple land whose entire existence, objects and feelings were purple. As the joke’s length changes from person to person, the punchline becomes beside the point and its loquaciousness is where the comedy lies. Toni Erdmann (B+), the complex study of an estranged family felt like that joke: wordy gags that take their time adding layer upon layer of subtle human empathy, only for the punchline to be curiously flat. Yet it’s this flatness that snowballs the joke and only makes it funnier, be it a running sight gag of false teeth, or a flexible European attitude to nudity. This unconventional drama is all about the facade of performance: a lonely, free-spirited father (Peter Simonischek) trying to reconnect with his daughter (Sandra Hüller) whose performance manifests in the form of an uptight business ethos. Their relationship seems void of affection, even with the father’s perpetual conviviality, and this visibly strained connection makes these scenes of bracing awkwardness both hilarious and uncomfortable. It may have a Hollywood-style synopsis, but I guarantee you’ve never seen anything quite like it.

It seems that there’ll be a running theme with my festival experience in films making me weep, as My Life As A Courgette (A-) managed to do multiple times in its concise one-hour runtime. Dealing with weighty themes of death, child abuse and drugs, it’s not incorrect to call it a spiritual successor to Mary and Max, with similarly tragic humour and a poignant childlike perspective in a world that’s dealt them an awful hand. Little Courgette’s connection to his carers and his cohabitors of the orphanage is a thing of sheer beauty: soft nods and watery glances speak volumes of their past in such an affectionate way that the film could have worked just as well without dialogue. It’s gorgeous to look at, too, with an amazingly lifelike attention to background detail combined with a peculiar exaggeration of human features. It’s completely wonderful, and I’d be surprised if it didn’t end up in my top festival favourites.

Finally, Manchester By The Sea (B+) continued the recurring theme of death with a delicacy that can be expected of a Kenneth Lonergan feature. Casey Affleck proves himself once again as of the finest actors in living memory with a nuanced and crushing portrayal of a man whose familial loss throws his world into turmoil, and Michelle Williams’s careful selection of yet another provoking and challenging role certainly paid off. If anything, there weren’t enough scenes with Affleck and Williams: every time they were onscreen together their rawness of emotion sparked and stunned. The additional cast were excellent too, specifically Lucas Hedges. He’s going to have a deservedly long career, and his breakdown at freezer food is a gut-wrenching moment in a film filled with them. Lonergan’s choice of score can often be too operatic when its vision seems more low key, but it shows a purposefulness that’s visible in his direction with a seamless depiction of different times in the characters lives. This time hopping introduces more and more heartache until it eventually becomes overwhelming.

Day Two was another great day of important cinema that was charming, funny and overpowering all at once. All three will be fully deserved of their praise and accolades.