Originally posted 13th May 2016 on Letterboxd.

In the past five or six years, I’ve curtailed my cinematic expectations by taking an active stance against marketing: avoiding all trailers, on-set updates, and promotional materials. This was especially difficult when working in a repertory cinema in the heart of London where – in order to perform my job – I often had to break these self-imposed and prideful rules. Though I no longer work there, by simply seeing a grading from a trusted source or the endless glut of stories that litter social media whether you want them or not, it’s a larger task avoiding spoilers than ever before.

Frustratingly, the glorious and overbearing feedback for Robert Eggers’ The Witch was impossible to ignore, and you’d be correct in thinking that my choice of adjectives belies positive opinion. 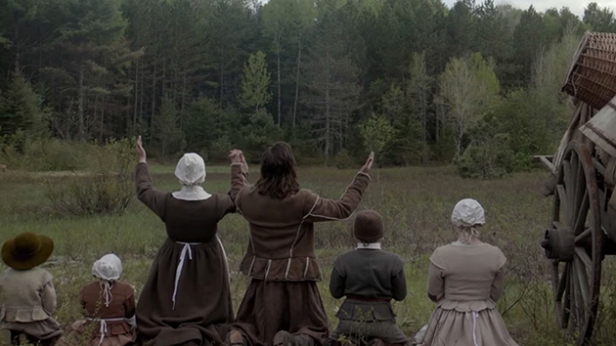 The initial set-up and the first act tickled my interest and gave me the jeebies that so many others have expressed that they felt throughout. The extradition of the family to their own, self-enclosed village was an interesting starting point and their immediate and unsuccessful adjustments to the life on the outskirts of the woods was loaded with dread. This creation of fearful ambience from Mark Korven and the rest of the sound department built a fantastic, screeching score that manipulated the audience with a whispy harmony before mixing in a drum-beat of crushing bones and squelching baby parts. It’s a horrific noise that builds and builds alongside truly disgusting imagery that works so well, that it’s a damned shame that from then on, the film lost its way with me entirely.

For starters, the core emotional beats put such reliance on the young actors, all of whom were shockingly miscast. If these actors were bad at a standard script, then this is multiplied tenfold by the Puritanical language that there is visible struggle with every single utterance or look of fear, and the most powerful scenes were unintentionally funny or eye-rollingly silly. It was hard to glaze over this poor casting when the majority of narrative progression was in the hands of young Caleb, or the stuffy, annoying twins: any element of horror or atmosphere was ground into the dirt within seconds. 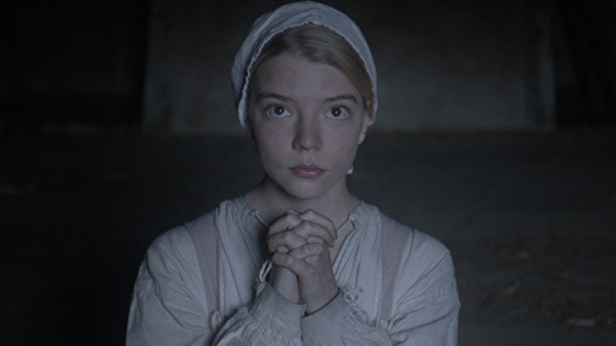 This is certainly a problem with the delivery, but also a problem with the script itself. The rigid 1600s dialect was much too theatrical for its own good: any semblance of realism that was so fervently created by both set and costume design (which were utterly perfect, by the way) was reduced to stagey theatrics; partly due to the tongue-twisting prose and partly due to the one-location setting and the static camera.

My issues with the casting are admittedly my problem, but it doesn’t help that these problems exist. I liked Ralph Ineson and Kate Dickie, but they’ll always be Finchy from The Office and one of the many dumbasses from Prometheus. Having notable actors in these key roles removed me from the realism and pushed me back in the vaudevillian feeling that I couldn’t shake. They weren’t bad at all, but a film such as this could have beneffited hugely from casting complete unknowns, which would have lent an essence of truth to the characters.

The positivity I feel for the soundtrack and the character beats in the first act change tack and suddenly become a generic score of booming noise and even the oddly placed, feeble jump-scare. The capturing of the baby and its following moment was certainly the most out-right graphic and terrifying part of the film (the titular witch stepping out into the light of the moon is an unshakeable image), but it’s also the moment in which Eggers plays his trump card way too early. By revealing that the witch was a tangible – or at least visible – threat to the audience, all of the mystery was gone. Had the film chosen the path that it was moving toward and revelled in the reality of a witch tormenting the family, it would have held an assured identity. However, by (literally) basking in the death of a baby only to continue on toward an ambiguous conclusion, all of the nightmarish visuals and suspicious glances amounted to little. 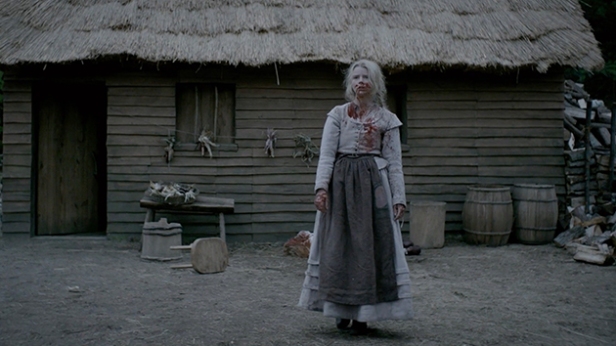 I’m supremely disappointed in this; every year there is a horror film that is held loftily above all other genres (2014 had The Babadook, 2015 had It Follows), and every year they fail to meet my honestly lowered expectations by being frustratingly generic, poorly crafted or just entirely bland. The Witch – to an extent – was none of these and yet it was all, a hugely wasted opportunity that had its strengths but that were immediately succeeded by poorer decisions that made up a disappointing whole.