It’s been a decade (or more) since I last saw Walter Hill’s unique late-’70s/early-’80s New York time capsule, and even after so long it’s cultivated massive individuality and vitality that only a handful of classics have been able to maintain. It more than makes up for its lack of a substantial narrative with the sheer badassery of its characters; a brilliant, linear, video-game-style path toward ‘boss battles’; and a sense of effortless cool that’s hard to encapsulate anyway, but harder still when the cast (probably) edges into triple-figures.

It’s exactly what I love about this era of cinema; its aloofness, untroubled attitude to give any shits is befitting of most of the gangs, and that’s partly why The Warriors has been able to keep its well-deserved iconic status for decades. 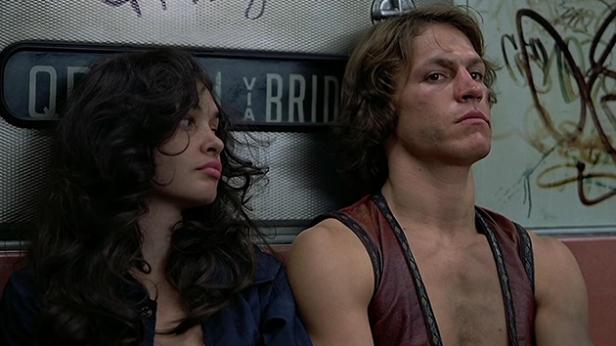 You certainly can’t watch this film without assigning yourself to one of the ten-plus street gangs. Me? I’m part of The Punks. Let’s just ignore that their defeat began at the hands of a can of spray paint.