There are very few films in existence that I can watch multiple times without ever growing weary of, and one of those few is Robert Zemeckis’ Who Framed Roger Rabbit: a faultless blend of live-action and animation that perfectly integrates a timeless story bolstered by groundbreaking effects.

The brilliant film-noir narrative is a mix of the seediness of Polanski’s Chinatown, and the exuberance of both Warner Bros.’Looney Tunes and the Disney classics. Scenes in which the two animations studios collide were humungous amounts of fun, with Daffy Duck and Donald Duck going head-to-head in a ‘battle’ of pianos and Mickey Mouse and Bugs Bunny pranking Eddie Valiant (Bob Hoskins) mid-plummet to name two. These select scenes (among many) are what give the film such universal appeal: two mammoth studios joining forces against the megalomaniacal Judge Doom (Christopher Lloyd) in a tightly scripted and frequently funny crime caper. 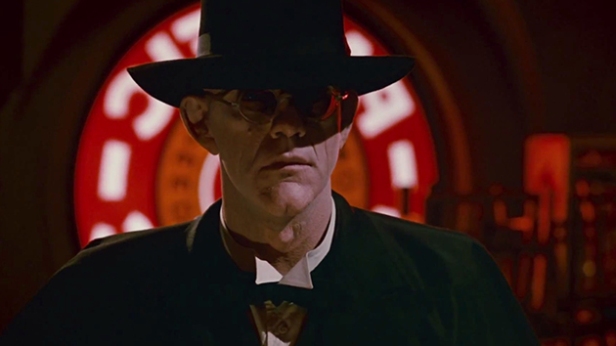 For me, this is the absolute best of the late Bob Hoskins, partly because his character is juxtaposed against Roger’s in-your-face attitude, but it’s mainly his tragicomic sympathy and steadfast determination that make the revelations of his past hit home. Also magnetic – and terrifying – is the aforementioned Judge Doom; a character that frightened me as a child and frightens me still. The vision and the sounds of his buggy, hypno-eyed villain melting into a puddle of ‘The Dip’ has been etched in my memory for roughly twenty years.

The cinematic melding of live action and animation has been done before (and since), but in a strictly ‘has it aged well or not?’ sense, it’s indisputable that this is one of the finest of the sort, and rarely has it been bettered (including the latest incarnation of The Jungle Book). It’s the 2D comic-style against the backdrop of a real, breathing city that complements the story so well, and when Valiant finally crosses over into Toon Town, it’s a seamless transition that – within the context of the film – looks as real a life as it does in the griminess of 1940s Hollywood. 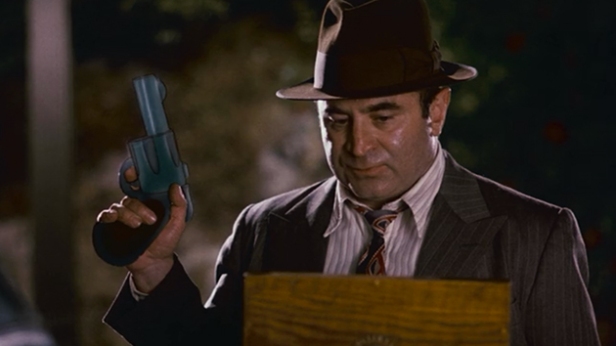 It’s been a few years since I saw it last, but this time was in a lovely cinema in Barcelona, surrounded by children and adults alike, a mixture of native- English and Spanish speakers, and they all loved it as much as I did: a Disney/Warner Bros. classic as old as I am and it’s still a pleasure for all ages. Who Framed Roger Rabbit is one of the quintessential films of my childhood and one that will still be regarded with much fondness for decades to come.