Take 26 directors with variable degrees of notoriety, give them each $5,000, a letter of the alphabet and one method of death, then give them the creative independence to draw from their background in horror to make a short that perfectly encapsulates their wildly different ideas. What you get as a result is a film with so many diverse motifs, and such a distinct lack of restraint, that you are left feeling as though you have just been subjected to the foulest spelling lesson you will ever experience. The ambition has been set to dizzying heights before the letter A has even begins.

Anthology films are par for the course: with the recent V/H/S struggling through its drearier segments, and Chillerama entirely missing its mark, The ABCs of Death joins the ranks of films whose quality varies so drastically that any and all of the good shorts – of which there are approximately 6 – are instantly undermined by the objectionable quality of the rest. And here, the rest of them are nauseatingly crass. 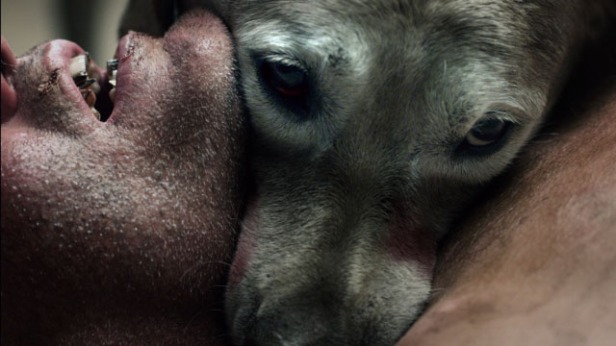 But first, for positivity’s sake, at least a quarter of this 2+ hour anthology contains some great material. The oft revered ‘D is for Dogfight’ is mentioned highly for a reason, and comes across as the best at both bringing together a high-concept idea and implementing it successfully in the 5 minute allocation. Other treats include Xavier Gens’ gruesome ‘X is for XXL’, in which an overweight woman mutilates herself in order to look as good as an aggressively advertised bikini-clad beauty, and Lee Hardcastle’s claymation tale of potty-training caution, ‘T is for Toilet’. The latter was included as a contest winner to find a 26th director, which makes it perhaps the best choice the producers could have made.

The issue with reviewing a film with such lofty ambitions is that it is tough to pinpoint exactly where it goes wrong; but the uninhibited creative freedom given to the directors goes some way to explaining its chasm-sized shortcoming. How else would Ti West’s aptly titled ‘M is for Miscarriage’ have been allowed, if it weren’t for the lack of restrictions? The barrel-scrapingly spiteful short from West isn’t the only one that would find a better home on the cutting room floor; the juvenile ‘F is for Fart’ and the insufferably asinine ‘K is for Klutz’ are so predictably vulgar that it becomes clear that quality control was never on anyone’s mind.

There’s not much to say that can be construed as positive – aside from the few of worth – and it is certainly not a film you would want to catch in the cinema. In fact, it is hard to recommend a film that has almost two-thirds of the directors collectively patting themselves on the back for wasting $5,000, and if this lot are the current go-to guys of the horror circle, then the genre is in far worse health than we thought.